[I am quite sure that this post will attract some response from the DRE community. If you comment, I will print it provided it does not have curse words or is an ad hominem attack with no substantive merit] 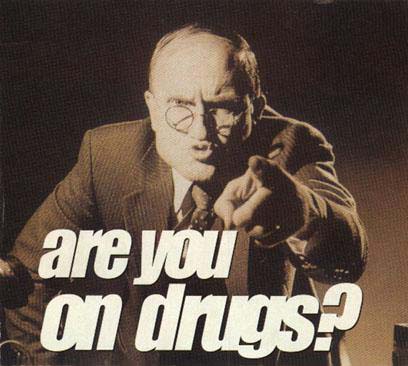 When those who defend the motorist accused are confronted with a DUID case and where there is a Drug Recognition Expert (DRE) who renders an opinion, frequently the thought may naturally be for them to cross-examine from a point of view of strict compliance to the DRE protocol. There is a basic issue of the validity of this defense strategy. In following this course of action, one is legitimizing the concept of DRE.

In general there are two types of typical scenarios that may employ a DRE officer:

Why not use a credentialed pharmacologist instead to examine the validity of the particular opinion of the DRE opinion? Why give legitimacy to the Drug Recognition Expert (DRE) program by looking at strict compliance?

A pharmacologist comes in two varieties: a PhD (an academic degree) and a PharmD (a professional degree).

Pharmacology is firmly rooted branch of science. As a formal scientific endeavor, it dates back to the early 19th century. The first formal university chair in pharmacology was established in 1847. Pharmacology is generally referred to as the study of a drug’s interaction with a living organism. For our purposes (i.e., DUID), there are 3 relevant subsets of pharmacology:

How does this differ from a DRE?

On the other hand there is the DRE officer. According to the DECP website, it originated out of observations from police that lead to consultations by them to those in the scientific field. It was recognized by the LAPD in 1979. The DRE is a non-credentialed, dangerously, and incorrectly trained lay person who is opining what in reality is a very complicated multi-variable pharmacodynamic opinion. Frequently, the DRE presents this opinion in court as a conclusion. All of the complicated data that is captured is reduced to a binary concept and then shoe-horned into a chart. Follow the chart, they hypothesize, and you get a valid answer every time. Hogwash! How can a pharmacologist be useful to a jury?

First off, a pharmacologist can render an expert opinion. DREs should never be able to opine an expert opinion. At the very least, a credentialed pharmacologist would be able to totally refute the lay opinion of the Dr. Cop in terms of impairment. This is typically done through three main avenues: (1) a total and complete lack of any sort of validity of the DRE program; according to their own studies there is not even facial validity, and according to peer review studies the correct call of presence of a drug can be worse than a random guess, (2) a fundamental lack of information that the DRE has on the dosing of this person, and other important pharmacological variables as applied to this particular human being, and (3) by performing legitimate interpretive pharmacology derived from therapeutic dosing history and records to prove steady state and not impairment.

On the analytical chemistry side, the notion of opining as to pharmacodynamic effect based upon one data point of an analytical chemistry result is not science, it is science fiction. Most people who testify as to the result of the analytical chemistry (which DREs should never do) have no basis to testify as to pharmacology. The one-dimensional reliance on “one size fits all” reference charts, such as Winek’s “Drug and Chemical Blood Level Data”- 2001 [Fisher Scientific] Forensic Sci Int 122,107,2001; Repetto’s “Therapeutic, toxic, and lethal concentrations in human fluids of 90 drugs affecting the cardiovascular and hematopoietic systems” Clin Toxicol 35,345,1997, and even the venerated Baselt’s “Disposition of Toxic Drugs and Chemicals in Man” is dangerous and unscientific.

Are DREs experts?
Most states have a version of Federal Rule of Evidence 702 which makes the threshold for making someone an expert in court very low. All that it takes is “reasonable pretension” in an area which will aid the fact-finder. Further, all that proposed expert has to do is to know just a little bit more than the average lay person. It is not  very demanding standard. Although this is true, many courts around the US are reluctant to allow the DRE officer to testify as an expert. What most courts have held is that despite its name, the DRE process is a technical exercise based on observations that leads to a lay opinion. The various courts have held that these are non-scientific lay opinions. They analogize that this is not unlike the SFSTs and the holding that any lay person is competent to make an opinion of “drunk” due to ethanol consumption as it is “not beyond the ken of the average layperson” and as such that no expert is needed.
There is a fundamental flaw in this logic. When it comes to prescription drugs in particular and illicit drugs that is not true. That is why in these DUID cases, the trial record is so very, very important. In my opinion and that of the broader scientific community, it is clear that simply put no one can legitimately opine impairment based upon such a limited interaction with the patient and with no basis of comparison. DRE is an invalid methodology and not simply non-validated. If you do not know what non-impiared is, how do you know what impaired due exclusively to a drug is?
Impaired for what?
Impairment is an opinion. There is the fascinating issue of targeting. For what purpose are we opining about impairment? Impairment is entirely context dependent. In some contexts, the bar for impairment is extremely low (such as preforming brain surgery); in other contexts, it is much higher (such as preforming simple addition). All things being equal, the amount of dosage to cause impairment in that first context is orders of magnitude less than that for the second context. This ignores totally the well-known concept of tolerance.
In such a case whether it is a lay opinion of incapable of safe driving or there is a DRE call, I would suggest that all defense attorneys ask for a curative instruction before the testimony, after the testimony and in closing instructions that clearly outlines that these are lay opinions.
The courts have resolved that these DRE exercises are non-technical lay observations and opinions for one main reason, namely that they want to avoid Fyre (or Daubert in other states) hearing. If this is a non-technical and non-scientific exercise, then it is not subject to 702 or Frye (or Daubert in other states) analysis.
Remember the origin of a lot of the components of the test are legitimate neurological exams that have been bastardized and corrupted from their legitimate scientific and neurological processes, have been re-tooled from their traditional medical protocols and context, and then plopped in the DRE protocol. In essence, those heavily involved in DRE honestly believe that these 12 steps converge towards legitimately eliminating neurological and medical false positives and only and exclusively provide a true positive when there is only impairment. This is a dubious opinion at best. At worst, it is science fiction.
There is a basic issue in play here that confronts that distinction that courts seemingly want to draw in categorizing this as a lay opinion based upon observations. Every single court in the United States has held that the Horizontal Gaze Nystagmus (HGN) test is a scientific test.
The HGN test is an integral part of the DRE “drill bit chart” process where they reduce these complicated observations into a chart and use said chart to opine impairment. According to the DRE protocol, the HGN is the exclusive means in differentiating between all drugs and those that they lump into dissociative anesthetics, inhalants, and central nervous system drugs. (As an aside, the drug categories are too broad and/or are conflicting and/or do not correspond to what the world of pharmacology would chose to categorize these drugs) Without the HGN, then there is no DRE. None at all.
The future
At this year’s American Academy of Forensic Science (AAFS) meeting at the Society of Forensic Toxicologists (SOFT)/AAFS Joint Committee on Drugged Driving, it was reported by members of the committee that there has been a rewrite approved of the DRE program. The International Association of Chiefs of Police (IACP) (which is the only body that oversees the DEC/DRE program) technical committee approved it. According to the person on the committee, the TAP was not consulted but they wanted a section on synthetics and more in physiological issues that mimic impairment. It was not put in there. IACP did not seek TAPs input but instead ignored the opportunity to have legitimate (albeit biased) scientists contribute to the protocol.
There are a lot more to examining a DRE officer, but that is for another post.

One response to “A Pharmacologist and a DRE”