Sometimes, one of the scariest tests in the forensic science world are the more “routine” ones, such as Blood Alcohol analysis (meaning EtOH). There are such high demands in terms of throughput and such little real training in analytical chemistry in performing the assay given to the analysts that the potential for error is rather high. There is also the chance of “over-reporting” (meaning taking the data and presenting the result as free from false positive and/or error). Also in the current modern performance of  Blood Alcohol Content  (BAC) testing in America, insufficient basic forensic safeguards are being employed. There are no national standards that we can point to that are universally implemented based upon true efforts to validate the method employed. This leads to a wide-scale and systemic lack of true validation in the performance of  the analysis for EtOH. 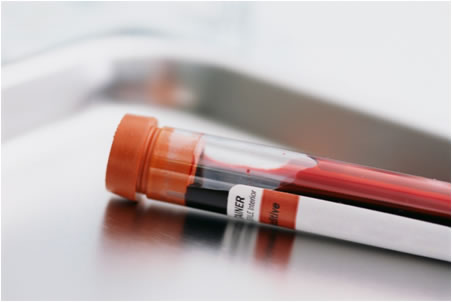 The myth of the “routine” Blood Alcohol Content analysis

In our sister blog, www.PADUIBlog.com, we have covered this and other potential problems in EtOH analysis in some detail.

We have further covered concepts that touch on analytical chemistry here.

Today, I present for your consideration a rather simple case not to retest Blood Alcohol results for its BAC. I submit to you that at best it is a fool’s errand and at worst a  potentially dangerous method of incorrectly presuming trueness of the original reported result.

Here is what happens on real life with a Blood Alcohol analysis. The laboratory at the Government’s request performs its testing (correctly or not) and a result is reported out to the accused through his or her counsel. Oftentimes, it is a simple one sentence testimonial assertion such as “Item 1.1 (gray tube) was analyzed using Headspace Gas Chromatography with Flame Ionization Detector and was found to have 0.165 gm % of Alcohol.” This is all we get (Yes, this is from an actual case where this record was moved into evidence, so there is no violation by revealing it as it is now a public record)

Infrequently, there is data to support such a testimonial assertion.  We get a single sheet of paper much like the one above. Most criminal defense attorneys perform malpractice and simply accept that sentence as gospel truth. The few defense attorneys that demand the data that the laboratory rests upon to make such an absolute testimonial assertion rarely get the data despite discovery demands, motions and subpoenas. They become frustrated. They decide to send the 2nd tube that is collected (or the remaining aliquots of the 1st tube) to another independent laboratory for reanalysis for Blood Alcohol Content (BAC). (As an aside, it is hoped that prior to doing so, defense counsel has obtained a protective order otherwise, absent some statute, then the results of the retest might be discoverable or subject to a subpoena).

I suggest that doing a retest for BAC is not best. This is for several reasons. First, as mentioned in the aside above, any potential result of a retest, absent some statute, might be discoverable or subject to a subpoena. Second, any test that is performed is only as good as the sample. Even if the laboratory does the mythical perfect analysis, if the sample is not representative of the true condition of the whole, then the reported result can never be correct. Put more simply “Garbage In=Garbage Out (GIGO).”

Garbage In Garbage Out model

As scientific  skeptic, we should form the hypothesis that the sample itself  is “garbage” and seek tests that can confirm or dispel this notion (falsification).

The issue in Blood Alcohol of the “GIGO” issue manifests itself in the case of neo-formation of EtOH in the sample due to the putrification of the blood. For a basic explanatory post of how this occurs please visit “What Pac-Man and Inflated and Incorrect Blood Alcohol Content results have in common”

If you are going to retest, to get around this “GIGO” problem it is best to perform one of four tests.