A Huffington Post Article recently caught our eyes: New Laser Device May Be A Drunk Driver’s Worst Nightmare By Jacqueline Howard  Posted: 06/08/2014 7:28 am EDT Updated: 06/08/2014 7:59 am EDT. Just the title alone captured our imagination. So we looked into the claims and the reality of just such a device. We report them here. 1. This SOD device is not specific to ethanol.

The paper references what is technically referred to as a Stand-off Detection (SOD) device. This particular SOD device uses of a monochromatic laser beam at a wavelength fitting into the absorption spectra set at 3.39 μm.

What does that mean?

First, you have to understand what we are talking about is the use of a laser that is set to look at one particular area on the infrared spectrum. It ignores all other points. This is what monochromatic means. All the laser does is emit energy and seeks to see if any of it is diminished upon its return. If it is diminished upon its return, then it alerts the operator. This all operates on the principle known as Beer–Lambert–Bouguer law . This is the same operating principle that Evidentiary Breath Testing devices using infrared (IR) spectroscopy use.

According to the paper, this device is set to examine only one wavelength, namely 3.39 μm. We can convert 3.39 μm to inverse centimeters which is the measure of wavenumber. In doing so we note that 3.39 μm converts to 2949.85 cm-1 for the wavelength.

Why is this a problem?

Monitoring at only one wavelength or one wavenumber is simply not enough for anyone to conclude that any detection by the device is specific to ethanol. All organic groups show absorbance in the range ~1000 to 3000 cm-1. At 2949.85 cm-1, we are in that broad organic range. It is well known that IR spectra show a “fingerprint” region between ~1000 and 400 cm-1 which when examined in whole can be thought of as specific to a particular compound. In broader science, it is only by looking at the entire spectrum versus that of a standard on that particular device in that particular environment that we can possibly come to a valid conclusion that we are sufficiently selective and near specific for identification purposes. This monitoring at this one point is far from examining the whole spectrum.

To further this, please consider the below chart that outlines the various functional groups versus their wavenumber and wavelength.

As we can see operating at only one wavelength/wavenumber (3.39 μm/2949.85 cm-1) does not get us to sufficient selectivity, let alone specificity. This SOD device set at 3.39 μm/2949.85 cm-1 alerts us to all compounds that have a C-H bond, or a O-H bond for acids, but interestingly enough is not set up in the area that is unique to O-H alcohol bonds! As a result, if implemented and deployed, this lack of specificity alone leads for significant scientific challenge in court.

Despite the spin in the press, this is not some recent breakthrough at all. This really is not a “new” technology. Just like many science articles in the mainstream press, the company behind the technology simply has a good PR firm. In 1975, Alobadi et.al. utilized a HeNe laser operating at 3.39 µm to detect alcohol vapor in exhaled breath. As the science of infrared spectrometry holds and as discussed more fully above, there is a broad ethanol absorption feature in the wavelength range 3.28 µm to 3.51 µm which can be interrogated by a 3.39 µm laser. However, the selectivity at this wavelength is very poor due to the presence of similar absorption bands from other organic molecules.

The most notably coincidence and interfering substance is that between the laser set at 3.39 µm line and the lines in the ν3 band of methane which therefore will give a strong absorption signal at this wavelength. The problem for this device is that methane can be expected to be present in small amounts in a vehicle compartment as it is generated by internal combustion car engines.

Therefore the 3.39 µm wavelength SOD device is not suitable for detection of ethanol in this environment as it is not specific for ethanol and the risk of interferences from other gases, most notably methane, really makes this technology poor.

To put it in an easier to relate language for those who both prosecute and defend DUI ethanol allegations in court, in terms of its specificity for ethanol, this SOD laser set up is worst than any breath test device out on the market. With evidentiary breath test machines at least they look at multiple points on the IR spectrum, this device only looks at one and not one that is uniquely in the O-H (alcohol) range.

2. In the field, it will have a high false positive rate and a possible high false negative rate.

The goal of this device is to identify only drunk drivers. And that is important. Impaired drivers should never be driving. But this SOD device, does not do this.

The answer is: no one knows right now. But we can look at modern jurisprudence to opine if it is.

First we look to the text. The text reads as such:

The right of the people to be secure in their persons, houses, papers, and effects, against unreasonable searches and seizures, shall not be violated, and no Warrants shall issue, but upon probable cause, supported by Oath or affirmation, and particularly describing the place to be searched, and the persons or things to be seized.

It seems to me that the key issue here is: Is this a search at all? If it is not a search, then the 4th Amendment cannot be violated.

There are two possible arguments.

First, it is not a search.

Second, it is a search. 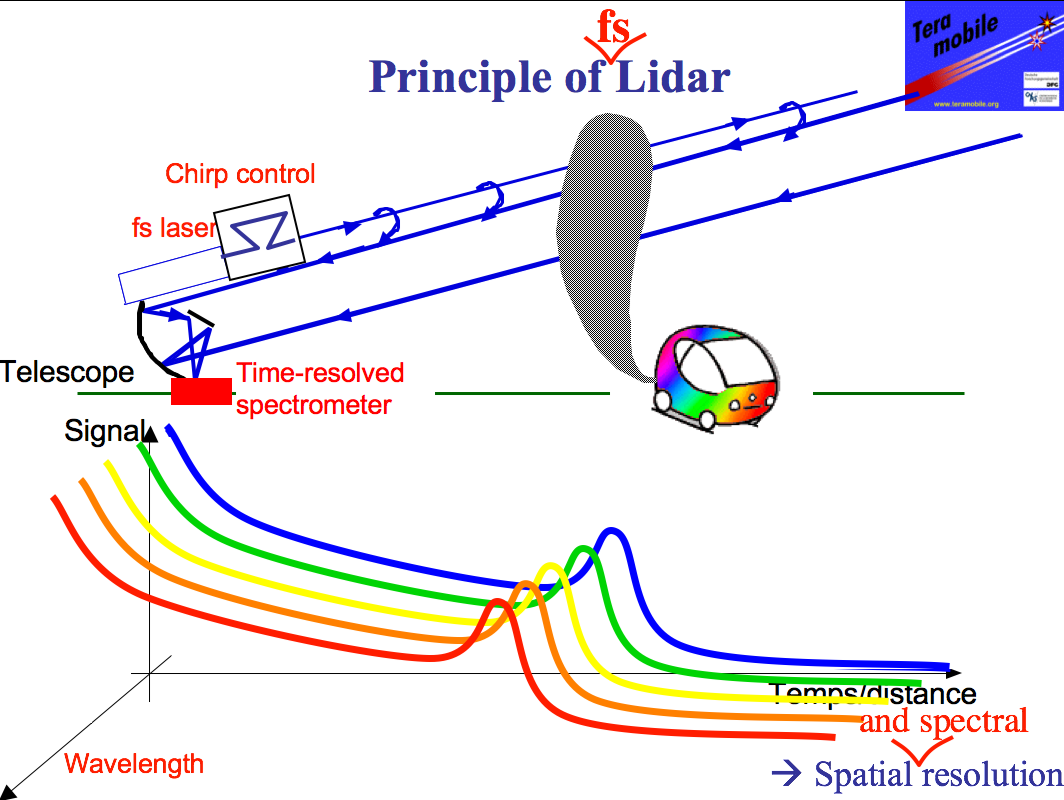 However, reliance on that would be superficial as the radar or LIDAR devices simply examines the outside of the car. Here in this SOD device’s case, it is examining the inside compartment of a car.

As to the second argument, that it is a search, in assessing when a search is not a search, we have to go all the way back to law school 101 and the bedrock 4th Amendment case of Katz v. United States, 389 U.S. 347, 361. In that case the United States Supreme Court reasoned:

A “search” does not occur-even when its object is a house explicitly protected by the Fourth Amendment-unless the individual manifested a subjective expectation of privacy in the searched object, and society is willing to recognize that expectation as reasonable.

The facts in Katz are instructive to our examination here with this technology. In Katz, the government wiretapped a public telephone booth using a microphone attached to the outside of the glass. So, it was not a physical intrusion into the booth. However, the Court chose to focus not focus simply on the place of activity, but instead to credit and embrace the examination into the individual’s right to privacy and what steps the person took to demonstrate that right to privacy. Specifically, the Court reasoned that: 1) Katz, by entering the booth and shutting the door behind him, had exhibited his expectation that “the words he utters into the mouthpiece will not be broadcast to the world”; and 2) society believes that his expectation was reasonable.

This decision in Katz was later developed into the now commonly used two-prong test, adopted in Smith v. Maryland (1979),:

Another more modern way to look at this to simply use the current trespass theory to the 4th Amendment as articulated in Florida v. Jardines. When we do so, the use of the SOD device clearly constitutes a trespass. Although in the case of the SOD device the trespass is minimal in nature, it is not materially different than the GPS unit in United States v. Jones.

There is also the reasoning and rational of Kyllo v. US. Again, the facts are important. In Kyllo, the Department of the Interior used a thermal imaging device setting it up in a public area outside of Danny Lee Kyllo’s home in Florence, Oregon. According to the District Court that presided over Kyllo’s evidentiary hearing, the device could not “penetrate walls or windows to reveal conversations or human activities. The device recorded only heat being emitted from the home.” The device deployed showed that there was an unusual amount of heat radiating from the roof and side walls of the garage compared with the rest of his house. (The assumption is that to grow marijuana indoors, one needs to provide a large amount of light in order for the plants to photosynthesize.) A search warrant was then applied for based upon the results of the use of this thermal imagery device.

So, it seems to me that once one enters his or her car, shuts the door and has the windows up in their passenger compartment that one has demonstrated a desire not to have their words or odors emitted to the public (just like Katz). Further, the laser would make a physical intrusion into the passenger compartment (actually 4 times as the beam is sent twice) (just like Jardines and Jones).  The device although deployed presumably in a public area (just like Kyllo) could penetrate windows (unlike the thermal imaging device in Kyllo) and therefore track the rationale of Kyllo. The SOD device records only energy being absorbed from the place examined (analogous to the Kyllo device).

The great trump card for this argument is the fact that this is an automobile. It is clear that the house has the highest level of protection under the 4th Amendment. An automobile does not enjoy as much protection, but it does some. But we also must remember the facts on Jones. The GPS unit used in Jones recorded the movement of the car on public roads.

Who knows if these things will ever have to be litigated. But it is a neat exercise in examining the ever changing technology of the future to think about how science and the law meet.

[Hat tip to Attorney James Bogen of Ohio for sending me the Huffington Post article on this. His number is 513-503-7251. His Facebook business page is here:
https://www.facebook.com/attorneybogenoviduicriminallawyercincinnati?ref=br_rs]