The Ethics of CLE Agenda: A Jury Argument or a Science Argument 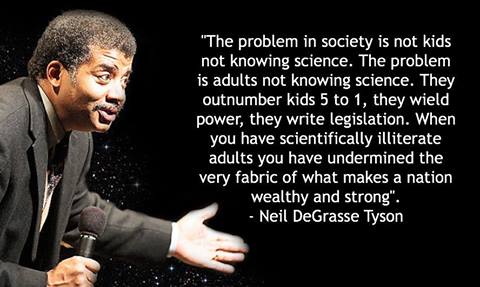 Isn’t the above so true?

The concept also holds true when it comes of defense attorneys and their organizations putting on Continuing Legal Education (CLE) programs.

It is a small part of the reason that I stopped speaking at lawyer CLE programs. Too often, I would find myself on stage presenting fair, balanced, and objective information on the science (such as the limitations of an assay or its specificity and selectivity) just to be followed by someone next who would present the science “very loosely” (and that is putting it mildly) and as such, totally teaches the audience faux science to pass off to a jury. There never is a caveat to this faux science presentation. They sometimes back up their beliefs not with data, but with a line out of context in a trade journal or a line in a peer reviewed journal. When you ask them for sources, they point you to a ream of information and when it is looked into with an educated eye, their contentions are not supported at all. I have even asked the faux science presenters to consider putting in a disclaimer. But they will not, the faux science is presented as scientific truth to the audience. The proportion of faux science presentations to legitimate science at CLEs has exploded over the years. About a year ago in my travels across the United States, it came to the point where in good conscience I could not and would not participate in some of the seminars any more. If I had already accepted to teach at them, I always asked to be first or near first and put up a slide that had a single word, “Bias” in white letters on a black background. Even in conferences where there is only good and legitimate science presented I would so disclose my bias to every audience.

All one has to do is look around the United States to see some of the names of the seminars, and pick up just about any agenda and look at the titles to see what I am talking about:

What legitimate, fair, and balanced scientist wants to be on an agenda with some of these titles? And these aren’t the worst ones…..

I can understand and appreciate the need to market the conferences and the agenda so as to attract people to come, but is this what modern DUI and Criminal Defense is all about? Is this what we have come to?

I’ll admit that until recently when I really started to appreciate the problem, some conferences named some of my lectures in a similar fashion to hype things.

The titles aren’t the only problem, it’s the content. Words are just words. The content is what matters the most. People, lawyers, come to these conferences to learn and then to apply their learning in the courtroom to defend an accused. The content is what matters. Over the most recent years, the content has focused less and less and less on legitimate scientific information and more on what I term a “Jury argument.” A jury argument is one that “works”  on a jury (read as “tricks the jury”), but holds little or no water in the scientific world. I personally do not teach or propagate jury arguments. In fact, I like to expose them. I think the faux science jury argument presentations are harmful to the public, harmful to the lawyers listening and are harmful to anyone who is accused. In fact, I believe they are borderline unethical.

Is there a place to teach jury arguments? Perhaps there is, perhaps not. It is debatable for some. No so much for me.

What isn’t debatable is one thing: if we present legitimate science side-by-side with jury style fast and loose faux science arguments, we as a defense community and as presenters and as organizers must declare which is which. To the audience, there is great harm potentially if it is not distinguished. A lawyer instructed in a jury argument faux science may very well come into court and face an expert who will expose the non-scientific aspects of the presentation leading to perhaps an unjust guilty verdict.

All of this leads me to an important issue that as a defense bar we just ignore: Bias. If this continues, it is a long-term path to infecting a whole generation of lawyers with invalid science. It is not sustainable.

We, as a defense community, need to do better for our future and so we don’t get discounted as extremists. Let’s hit the reset button and present the science legitimately and if we have to present jury arguments, let’s state as much upfront to the audience rather than teaching a whole generation of lawyers to present faux science. The truth is that when science is presented accurately the citizen accused often wins – as the science is often on his side.